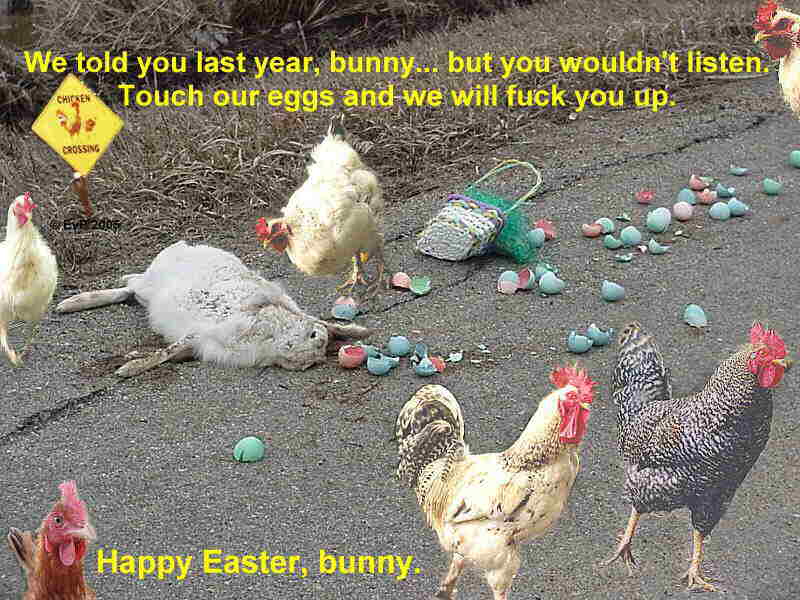 poverino! (the little poor one!)

touched their eggs, the dumbass.

they told him last year already. But he wouldn't listen.

we have to re-roll-up the case. Next easter, I guess. Maybe bunny strikes back.

but dead he is, true.

pretty likely he never had anything to do with eggs. Bunnys usually don't care about eggs.

A skype chat conversation I had with eva was the base for this. It would have been nice if we could have rightaway reworked our conversation together on moon-edit. We also tried and met on it when I remebered that one can't paste text into moon-edit pages. Insides the programm paste works. Outwards only copy works. So I did it alone. Wiki's slow but it works at least