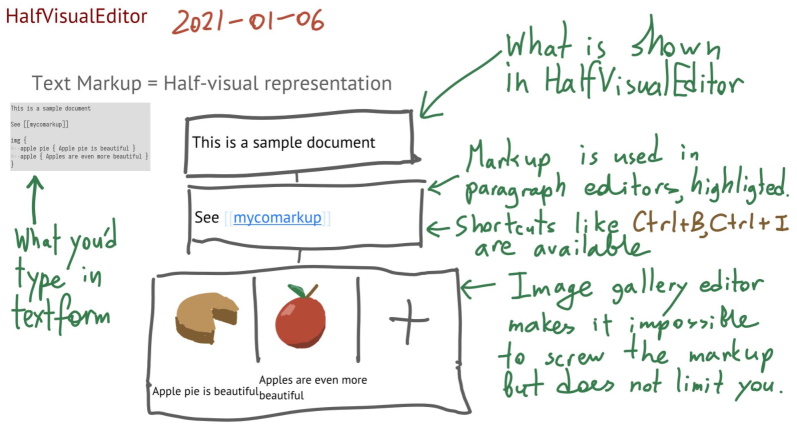 How do I resize the image?

Half-visual editor is a concept Timur Ismagilov has come up with on WikiMeet 2021-01-06. LionKimbro named it. The idea is to combine the best of both VisualEditor and simple forms.

What happened was that Timur was speaking and said “…half-visual editor, …” and I said “Oh! That’s it! That’s the name of it!”

Anyways – I downloaded the huge image, resized it, converted it to a JPEG, and then reuploaded the image file.

What’s weird is I had to convert it to a JPG because when it was a PNG and I tried to upload it, it said, “Nope, too big.”

The PNG was 225KB, and the JPG was 106KB. But the image that was there prior – was simply enormous!

So I don’t quite understand why it rejected the PNG.